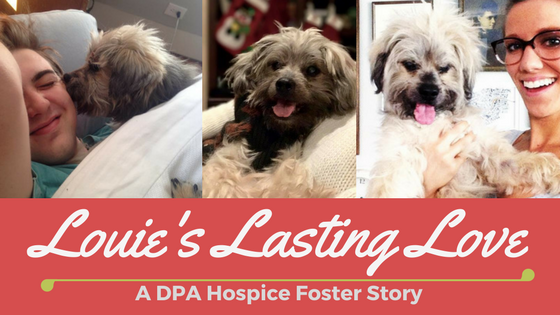 Louie was the littlest fighter there ever was, and our most recent fospice (hospice foster) to cross the Rainbow Bridge. 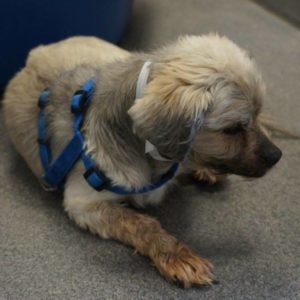 Louie was listed by Dallas Animal Services (DAS) as a 12 year old Cairn Terrier mix. His medical history noted blindness, possible deafness, serious dental disease, muscle atrophy, weak hind legs and/or hips, and possible dementia. He was shaking in his kennel when we met him, likely a combination of fear and his health issues. His foster wrote me, “I cannot stop thinking about him! But I am so concerned about his quality of life, I wouldn’t want to keep him alive just for the sake of keeping him alive if he is miserable.” This is the heart of a fospice, someone willing to take on the unknown while being strong enough to bear letting them go if needed. So we brought him into our program.

Once out of the shelter I started getting messages from his foster like “He can totally hear!” and “He can walk! He’s wobbly but he can do it!” We began to grow hopeful that we could get this dog to a happy, healthy place. 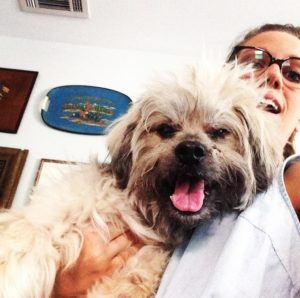 A week later, his health took a sudden turn. Louie became ill and because he had various other health problems, the vet recommended euthanizing him due to his quality of life. He was lethargic, getting stuck in corners and walking in circles, and otherwise spending most of the time sleeping. We decided to give him another shot and try some new medications before giving up on him, so Louie was put on a special diet, antibiotics, and pain meds. He was treated for a UTI and had a bladder stone removed. We wanted to explore every path possible, so we gave him a dental exam too, and he ended up needing three teeth extracted. Poor guy couldn’t catch a break! Finally, it looked like he was on the mend!

Then, a week later Louie woke up one morning with one eye swollen shut. His eye pressures were far too high, so we helped him manage his glaucoma. Thankfully after getting his meds and diet adjusted, Louie’s health issues settled down again. He was able to explore outside with his foster siblings, take nice afternoon naps, and wake his foster parents up with good morning kisses; he got to just be a dog. 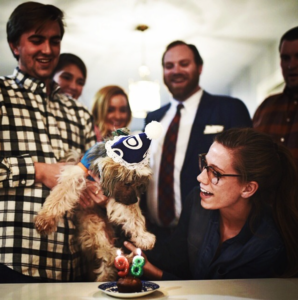 At some point in this process, we officially made Louie a hospice foster due to his extensive medical diagnoses and history – this means that instead of adopting him out, Louie would live the remainder of his life in a foster home under the medical care of DPA. His foster parents were more than happy to transition into this new role and give Louie the best possible end of life care.

Louie fought hard despite the odds. I think he fought so hard because he finally had it so good. He was free of pain, warm in a home with a full belly, and becoming one pampered pooch! “King Louie” made it weeks, then months, until finally it had been a year in fospice care. Our little guy celebrated his 96th birthday in style when his foster parents invited all their friends over for a birthday party in Louie’s honor. Louie lived a total of 1 year and four months pain-free past when euthanasia was suggested. 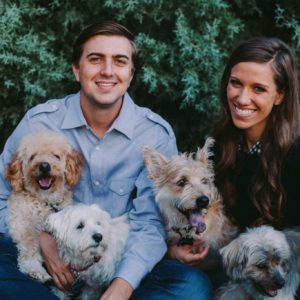 Last month, Louie’s health started to gradually decline. He started by losing control of his bladder, then sometimes his bowels. Our vet believed he had reached the point where his quality of life was poor enough that he was suffering. As a team with his fosters and vets, we made the decision it was time for Louie to move on. As his foster put it, “I want him to go with dignity before every day becomes a bad day”. His fosters spoiled him rotten with love on his last weekend. Then they took him in, said their goodbyes, and allowed him to cross the Rainbow Bridge 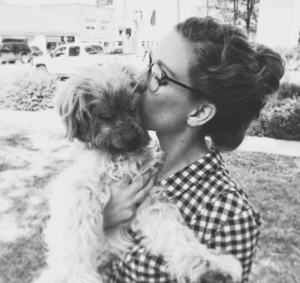 Fospicing isn’t for everyone. It’s hard – emotionally and physically – but the joy you can bring to a pet during this final time is immeasurable. Seeing a dog like Louie start out in such rough shape and then outlive everyone’s expectations is a rewarding experience and so much more. Every pet deserves to have someone in their corner, encouraging them every day, reminding them they’re loved, and being brave enough to say goodbye.

If you’re interested in fostering special animals like Louie, apply to become a foster parent. To help us be there for more pets like Louie, become a “Holly’s Hero” foster and support them in their time of need.