While the ultimate measure of our success is the number of animals saved, Dallas Pets Alive! is proud to be recognized for the innovative and creative ways we promote animal rescue and adoption as we work to end pet homelessness in North Texas. Here are highlights of a few of our award-winning campaigns. 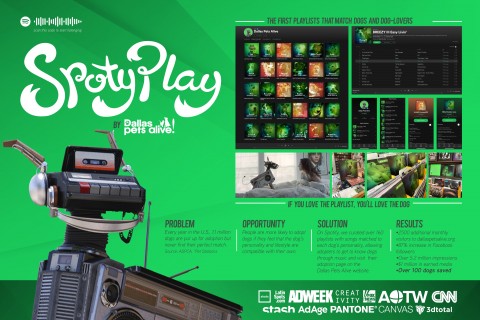 In 2018, DPA and Dallas-based advertising & marketing firm Dieste created SpotyPlay: an adoption campaign to help adopters discover their perfect pet through music. A dog’s personality and attitude correlated to countless songs, genres and bands, so Dieste curated Spotify playlists for adoptable dogs based on each dog’s personality.

The campaign launched with a video featuring Jam, a “dog” with a cassette-recorder for a head, a boombox body, and headphone ears. He was made up of old-school music paraphernalia to emphasize that older dogs, just like older music, were cool. 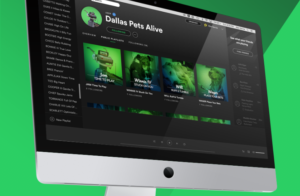 Thanks to SpotyPlay, DPA adopted out 114 dogs, with a 69% increase in monthly pet adoptions, and zero returns!

Additionally, Dallas Pets Alive’s “SpotyPlay” received the 2019 D CEO Nonprofit and Corporate Citizenship Award for Most Successful Fundraising or Awareness Campaign. According to D Magazine, DPA “really stepped up its game with the Spotify Channel ‘SpotyPlay’ that featured individualized playlists showcasing each adoptable dog’s personality, allowing the organization to reach a national audience.”

North Texas Giving Day is Dallas Pets Alive’s single biggest fundraising event each year. We needed innovative ways to drive donations and engagement in unexpected ways to stand out amongst the crowded marketplace.

Working in partnership with The Marketing Arm, we created and launched PRESS PAWS, a campaign that used a unique mix of social media, influencer marketing, gaming and streaming. 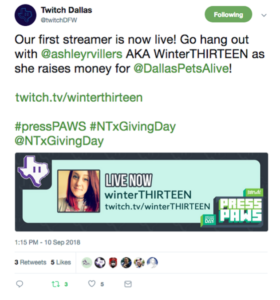 We also leveraged DPA’s social media channels, as well as the streamers’ 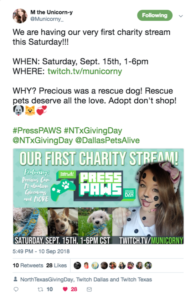 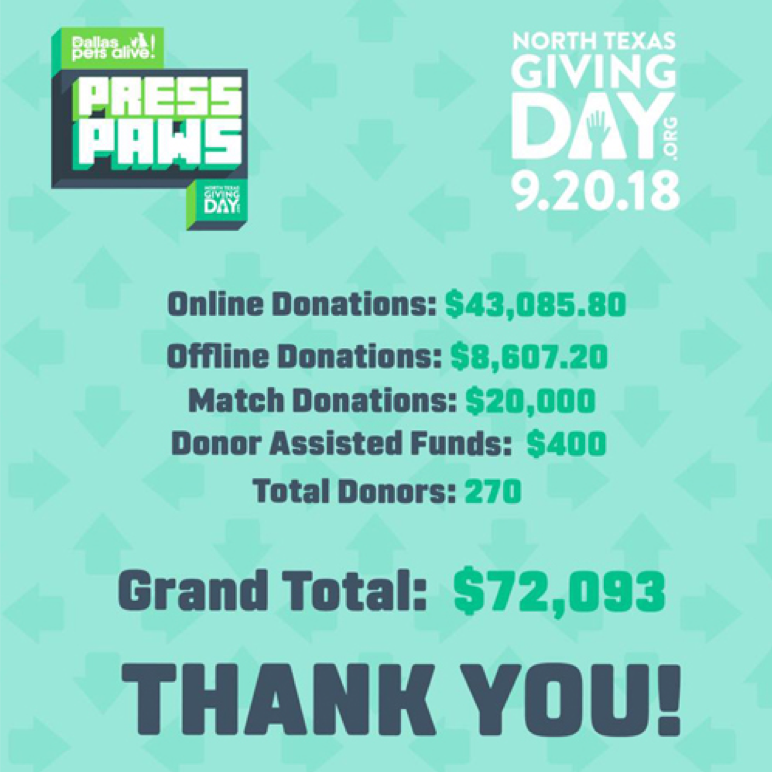 – NTXGD fundraising goal was exceeded by 48%

– Total number of NTXGD donors increased 18% from the previous year 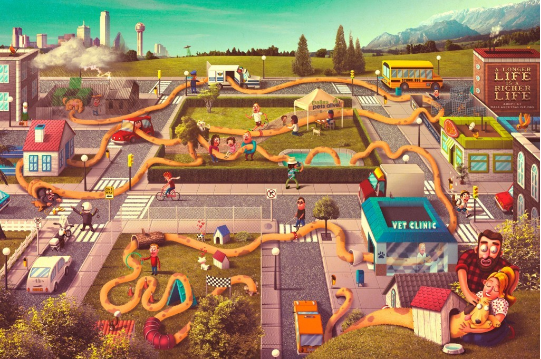