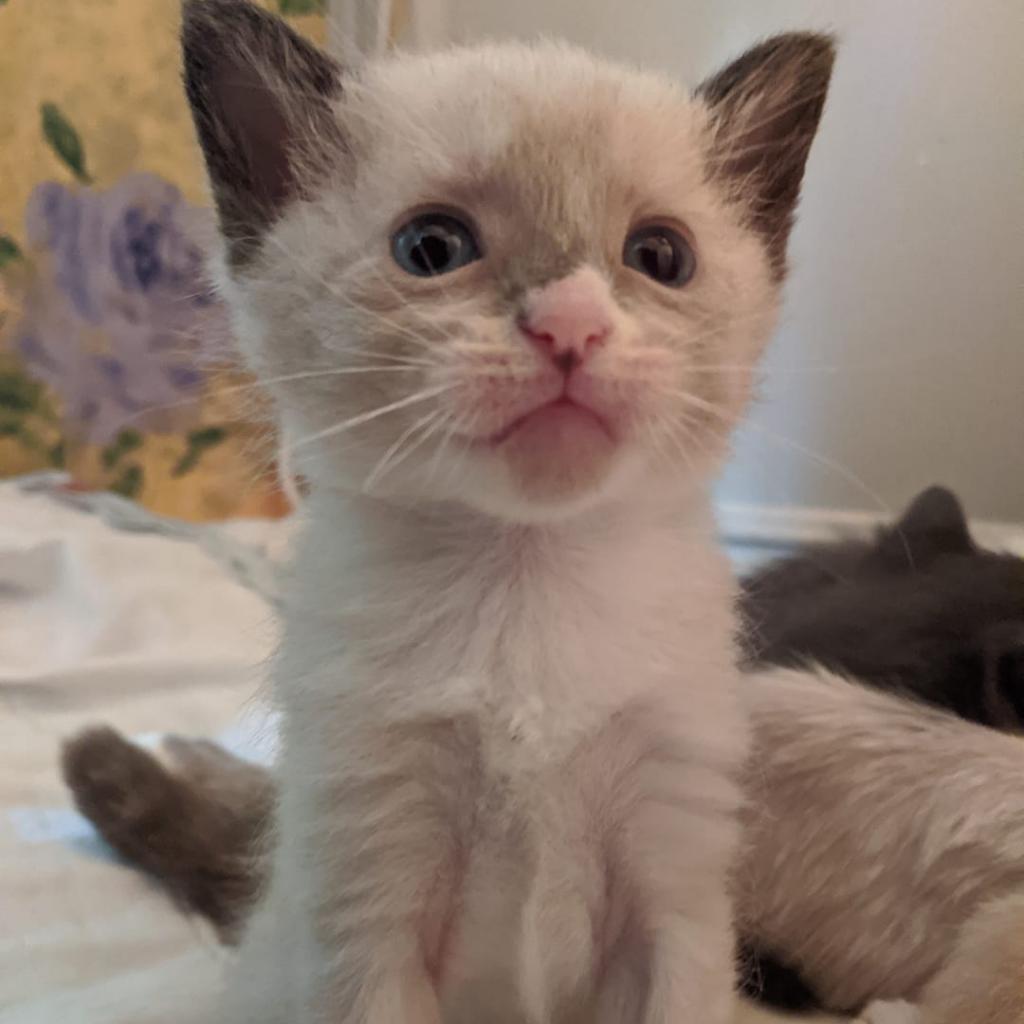 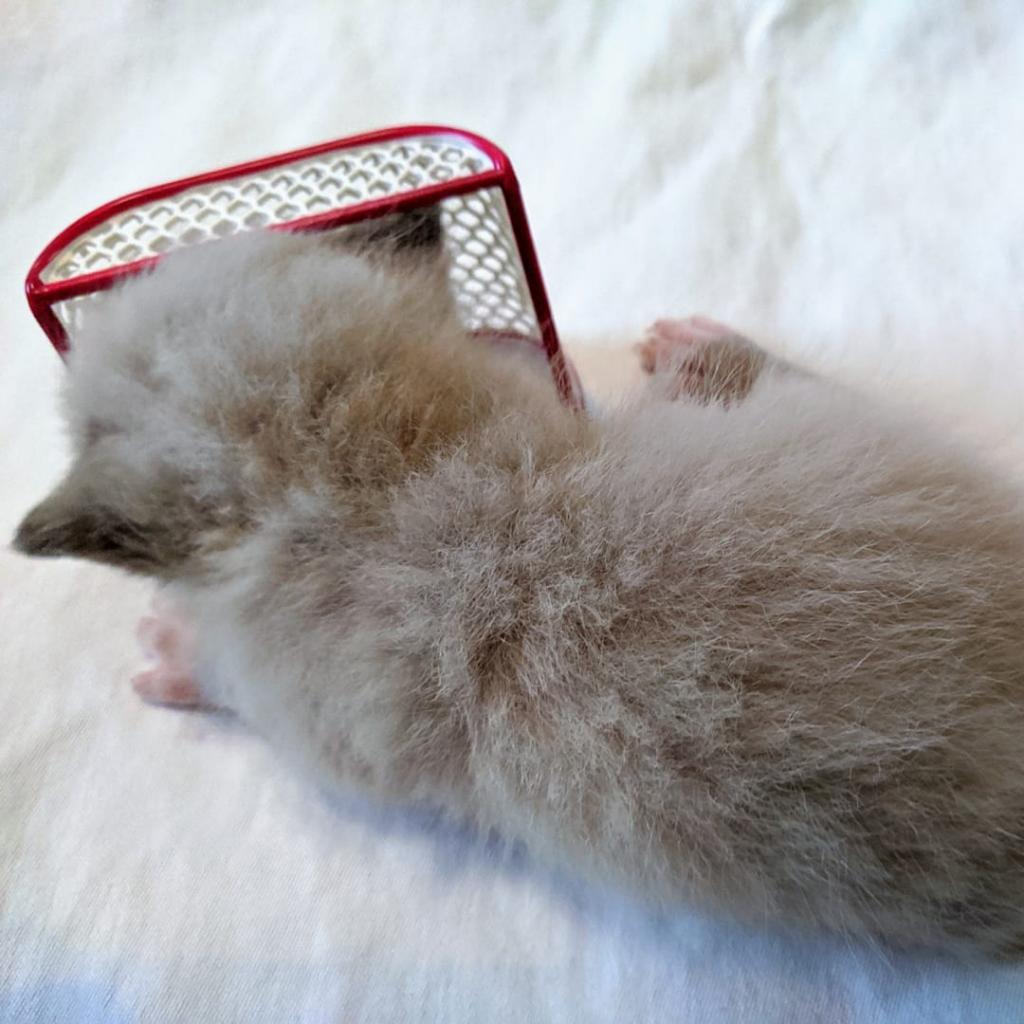 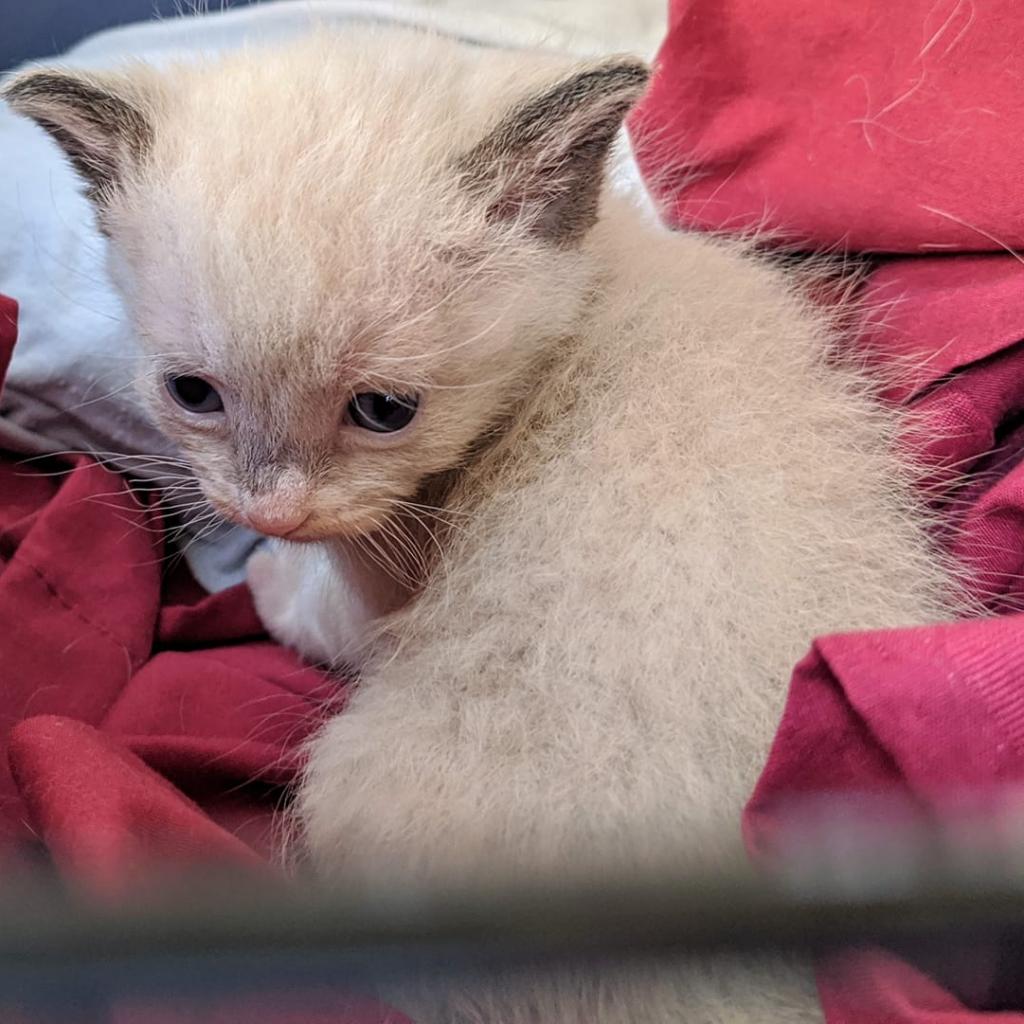 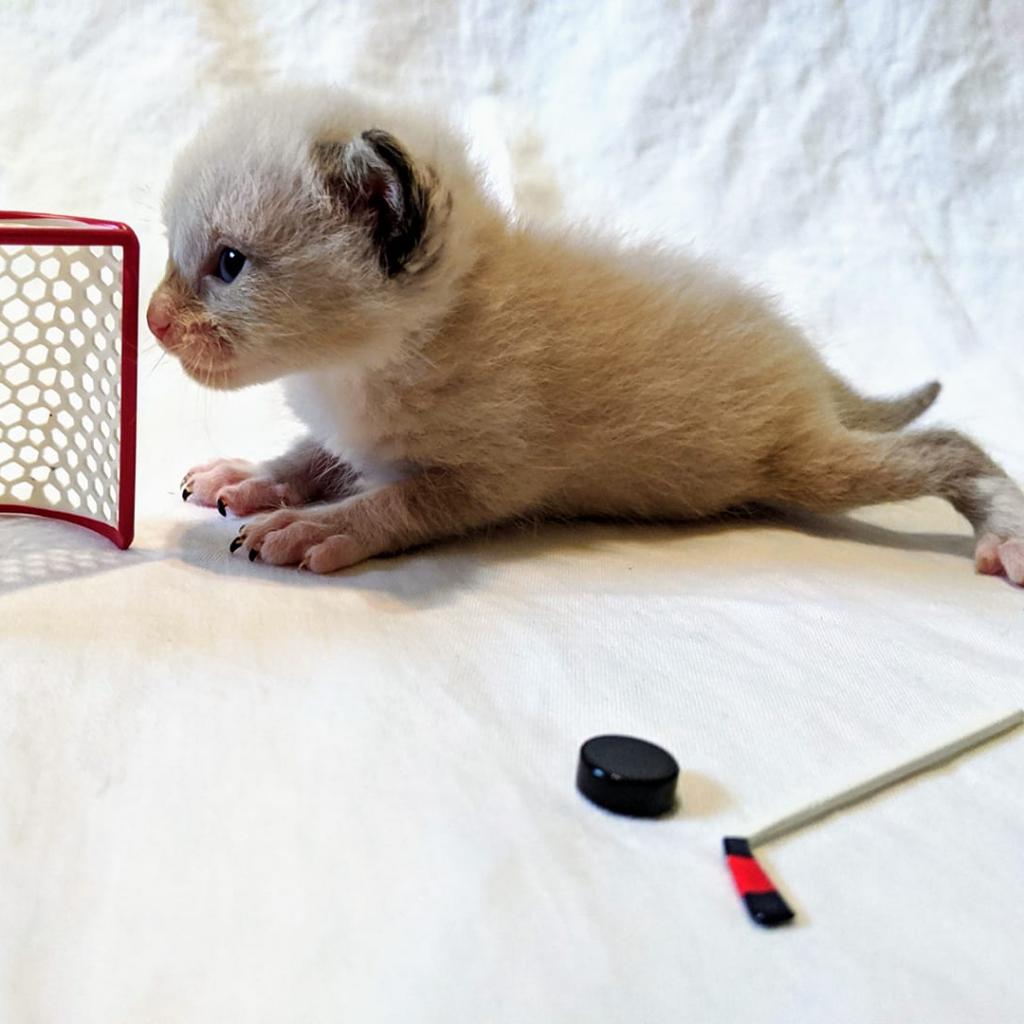 
Meet little baby Guri, whose white-speckled nose will make your heart melt! He's a champion wrestler with his brothers, and he loves to chase feathers on string. He plays hard, and then he snuggles hard. Guri is a little bit shy at first, but after you gain his trust, he loves to cuddle up next to you for naps and to get petted on the base of his spine. His bright blue Siamese eyes are his adorable window to the world, and a world that involves love, safety, and playtime is the best kind. Guri is ready to tumble into a new world like that with you.