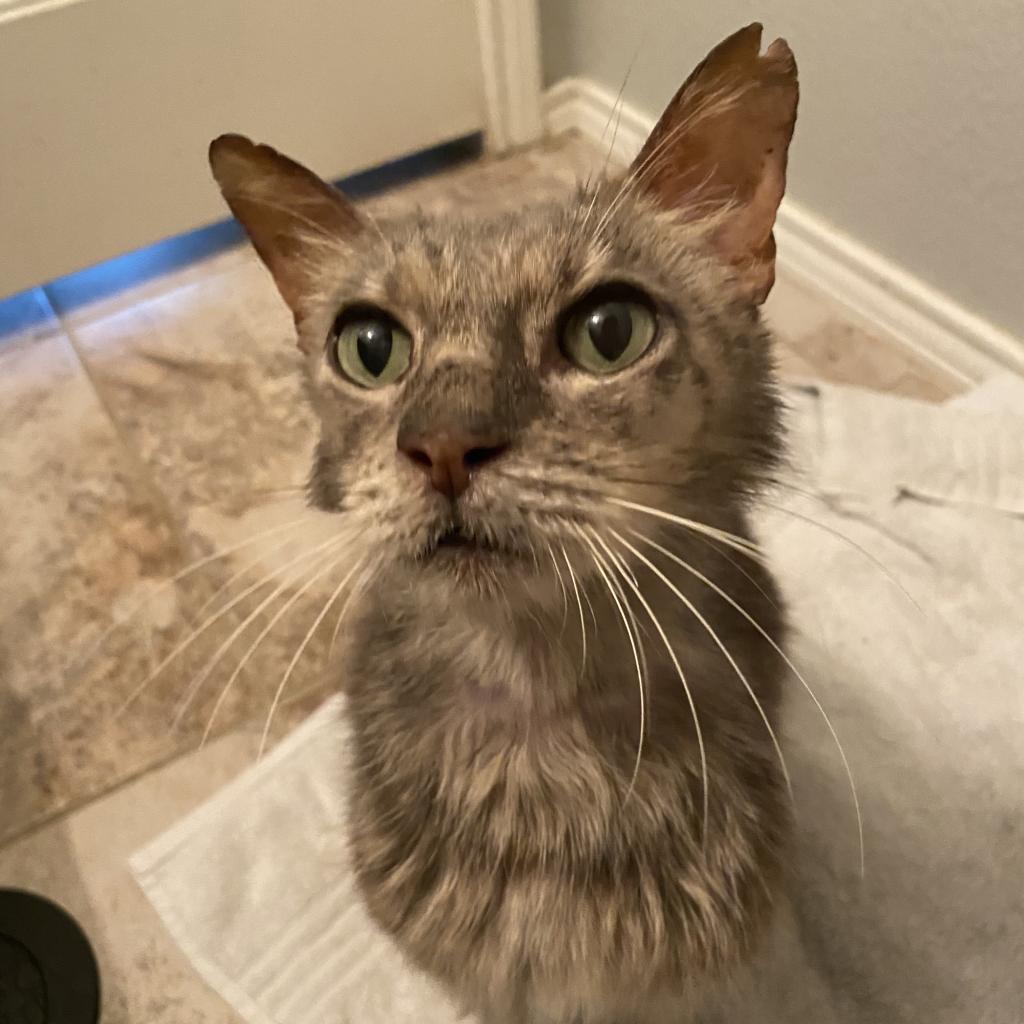 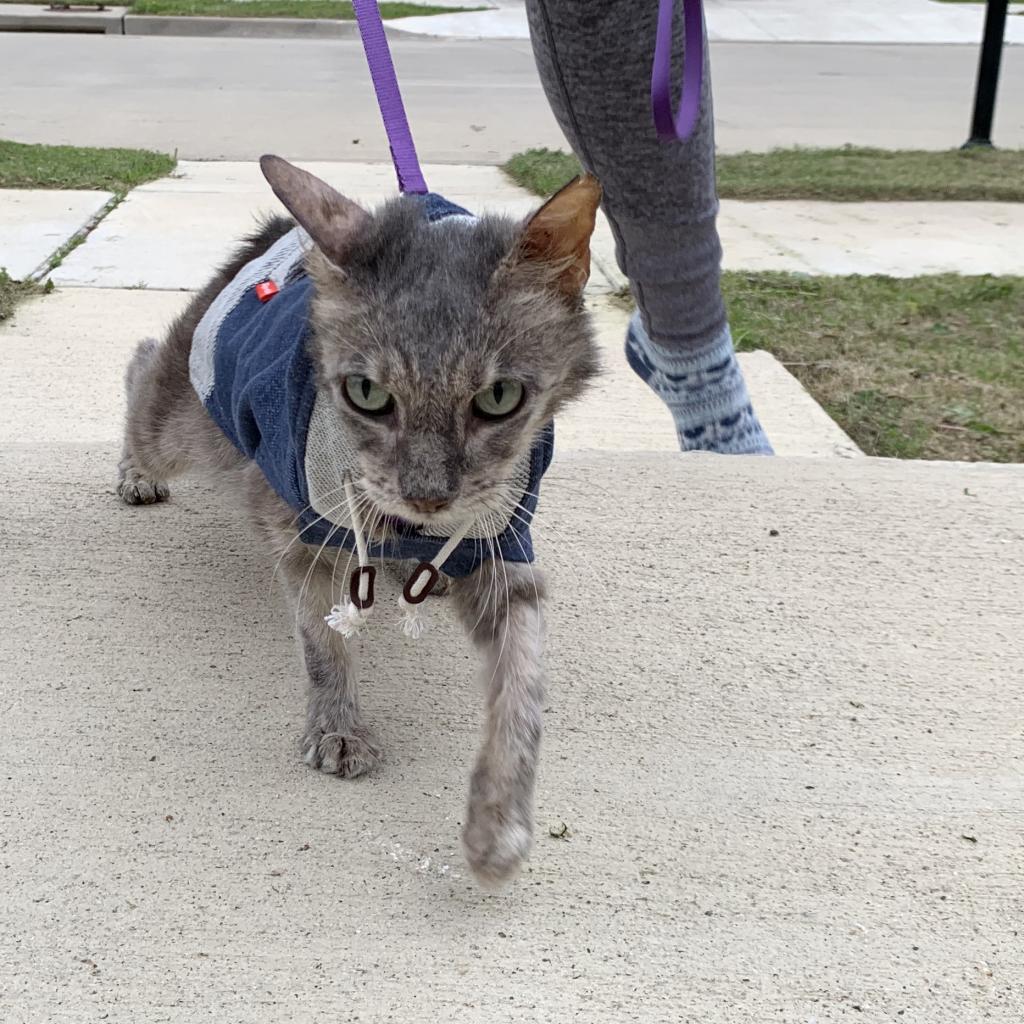 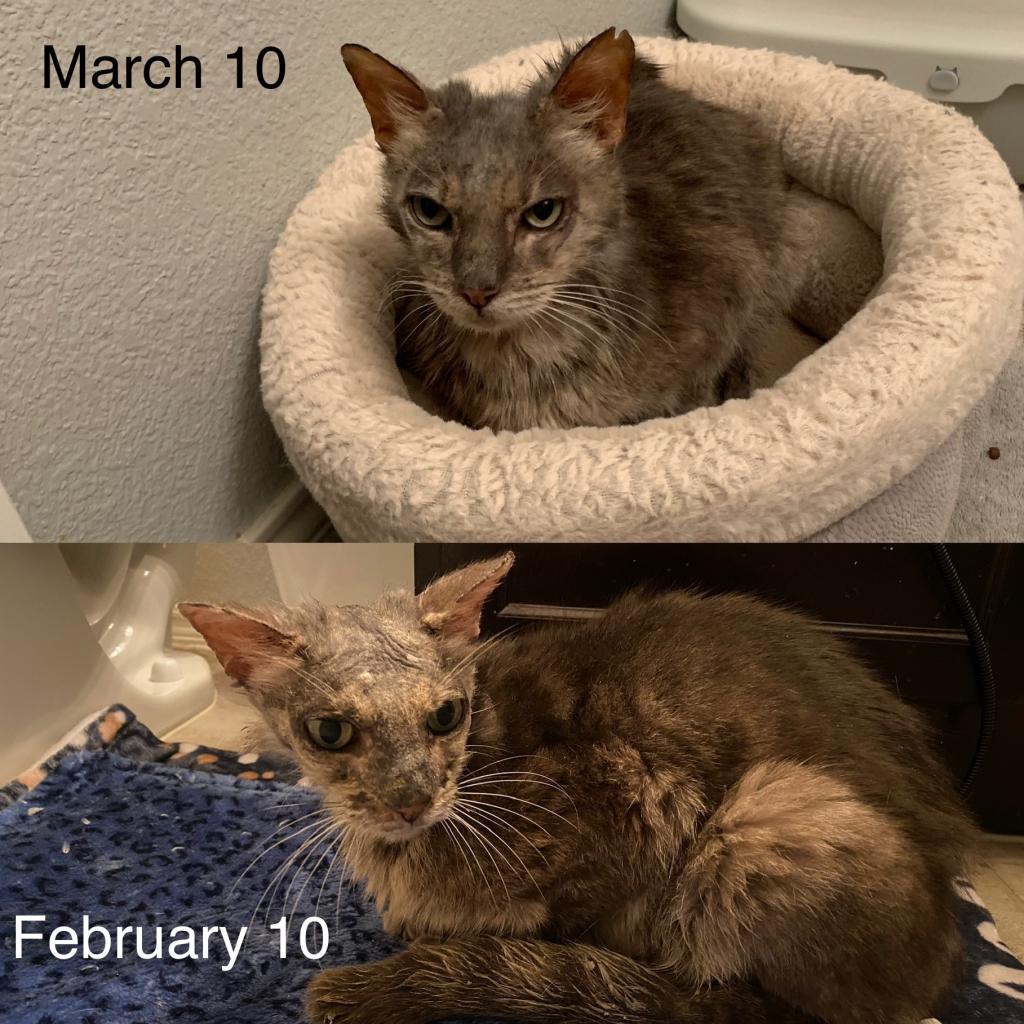 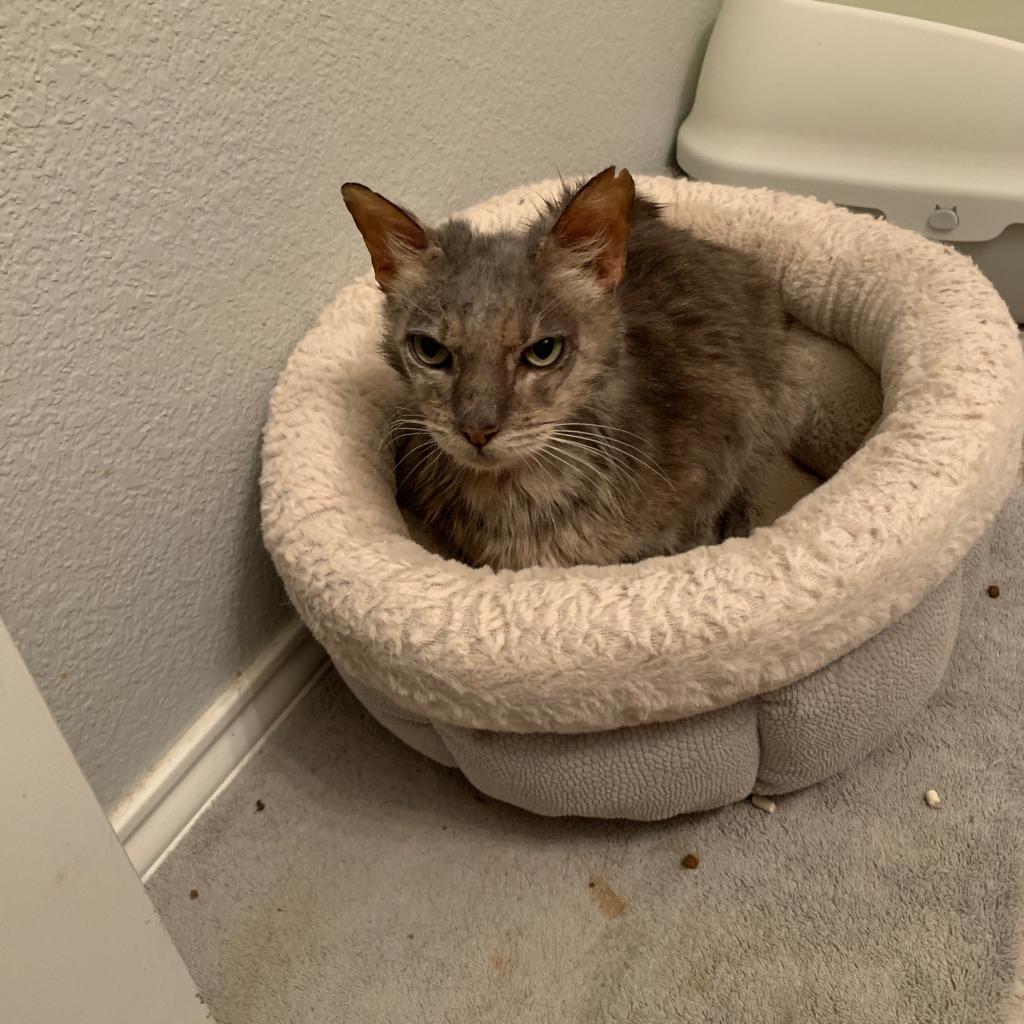 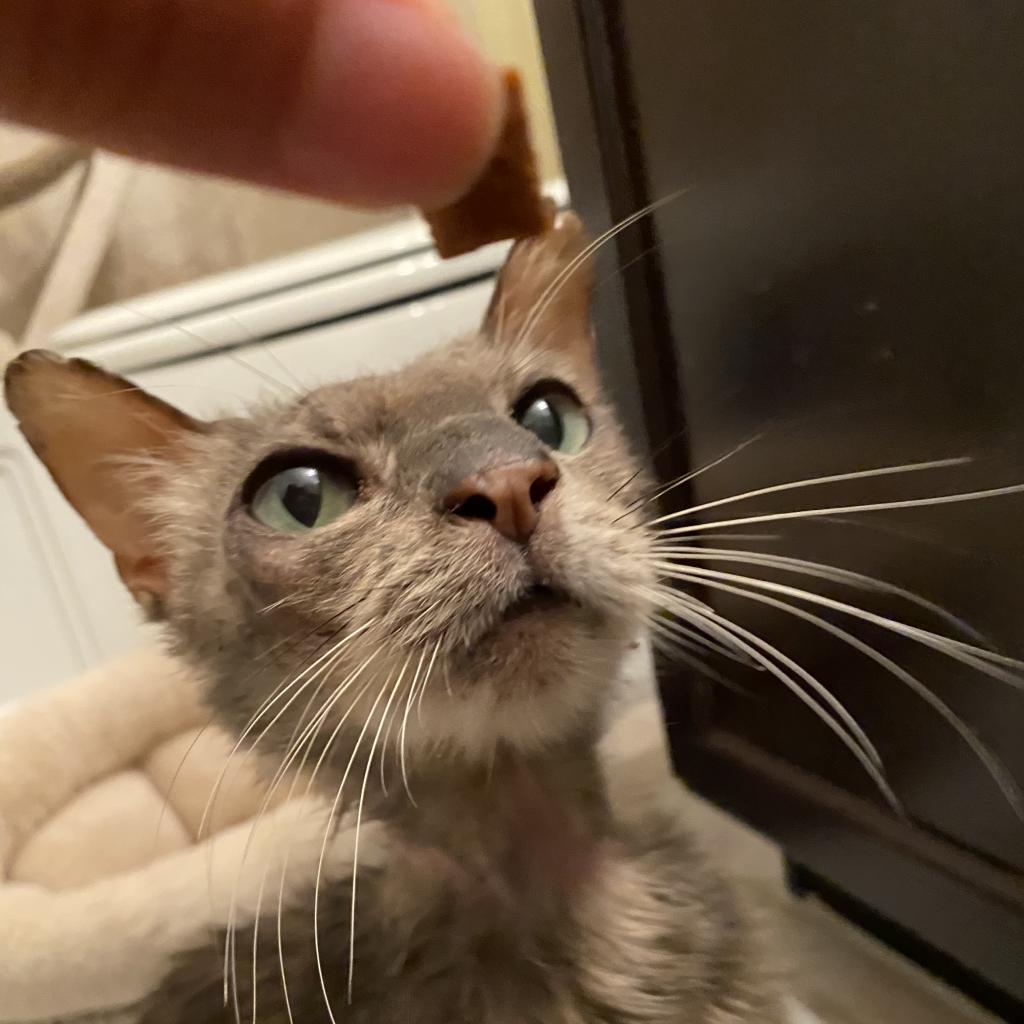 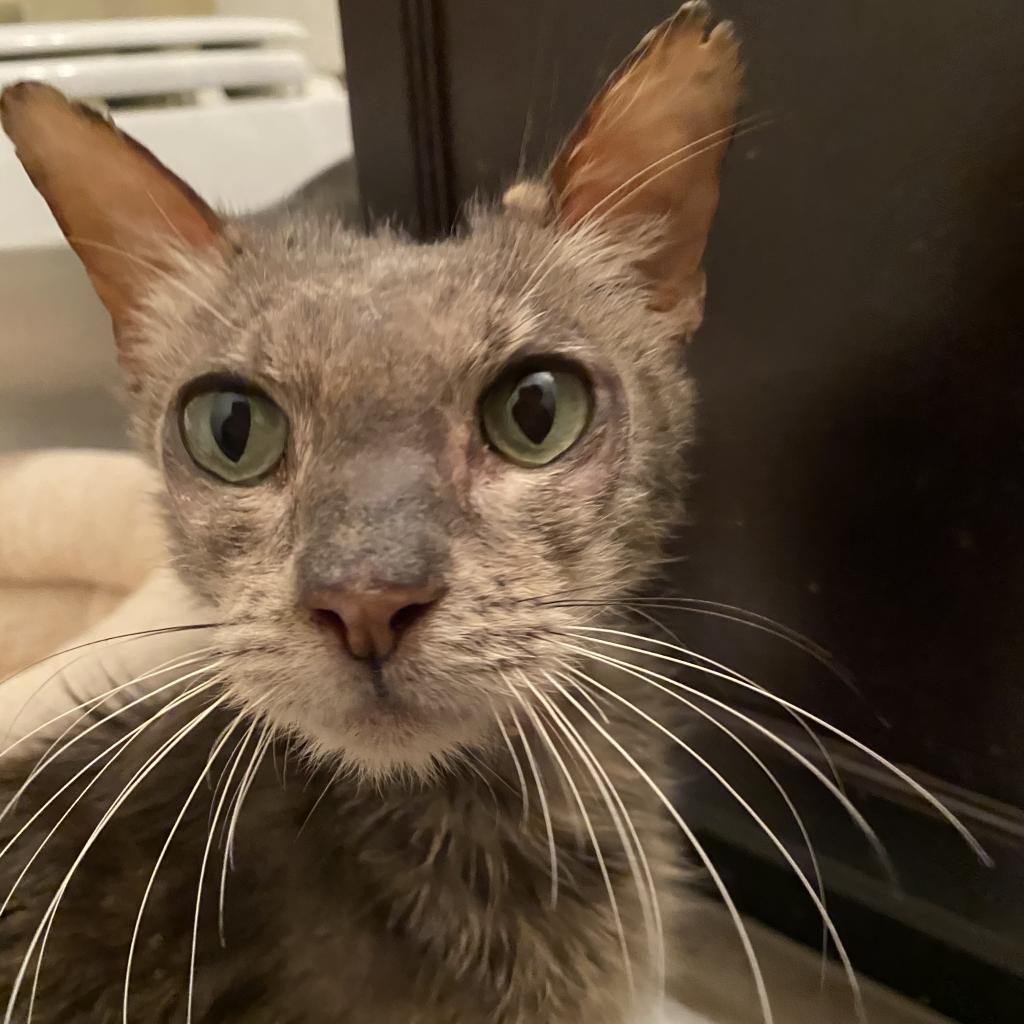 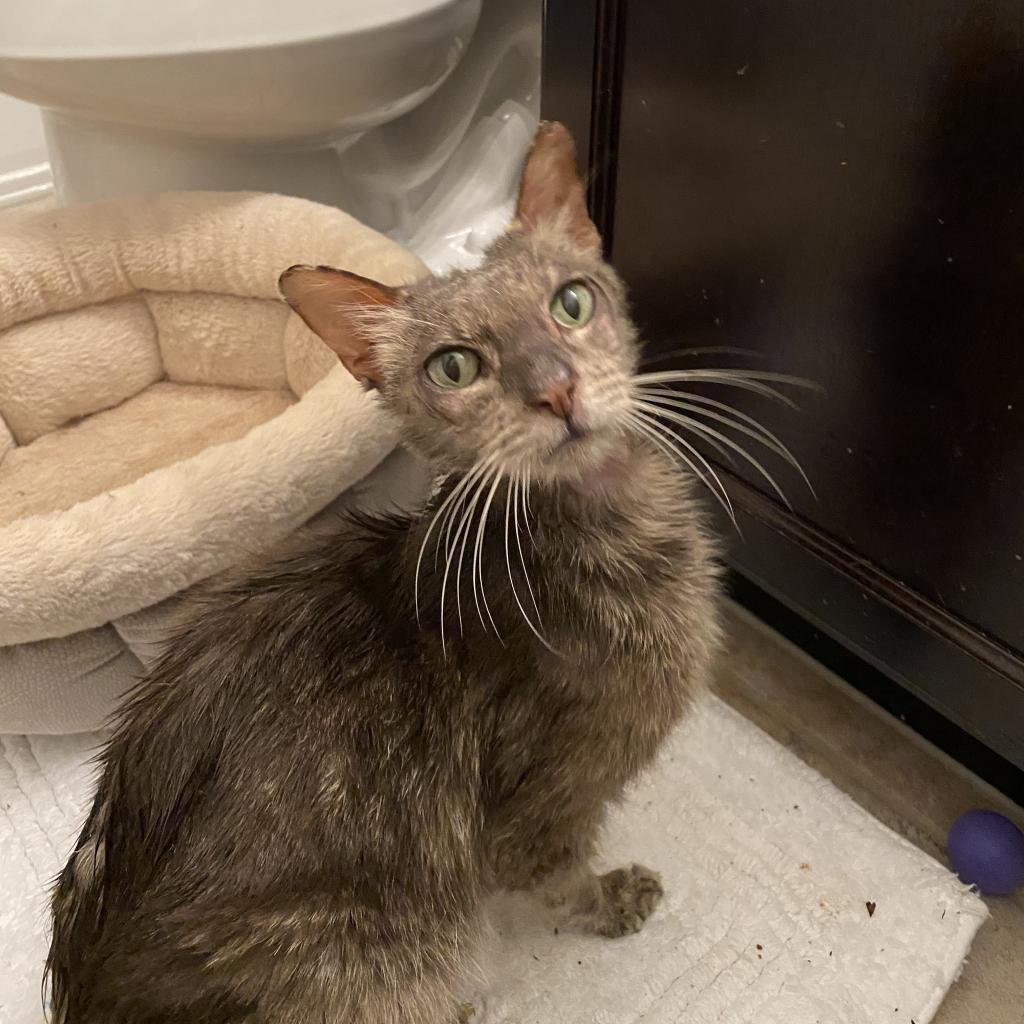 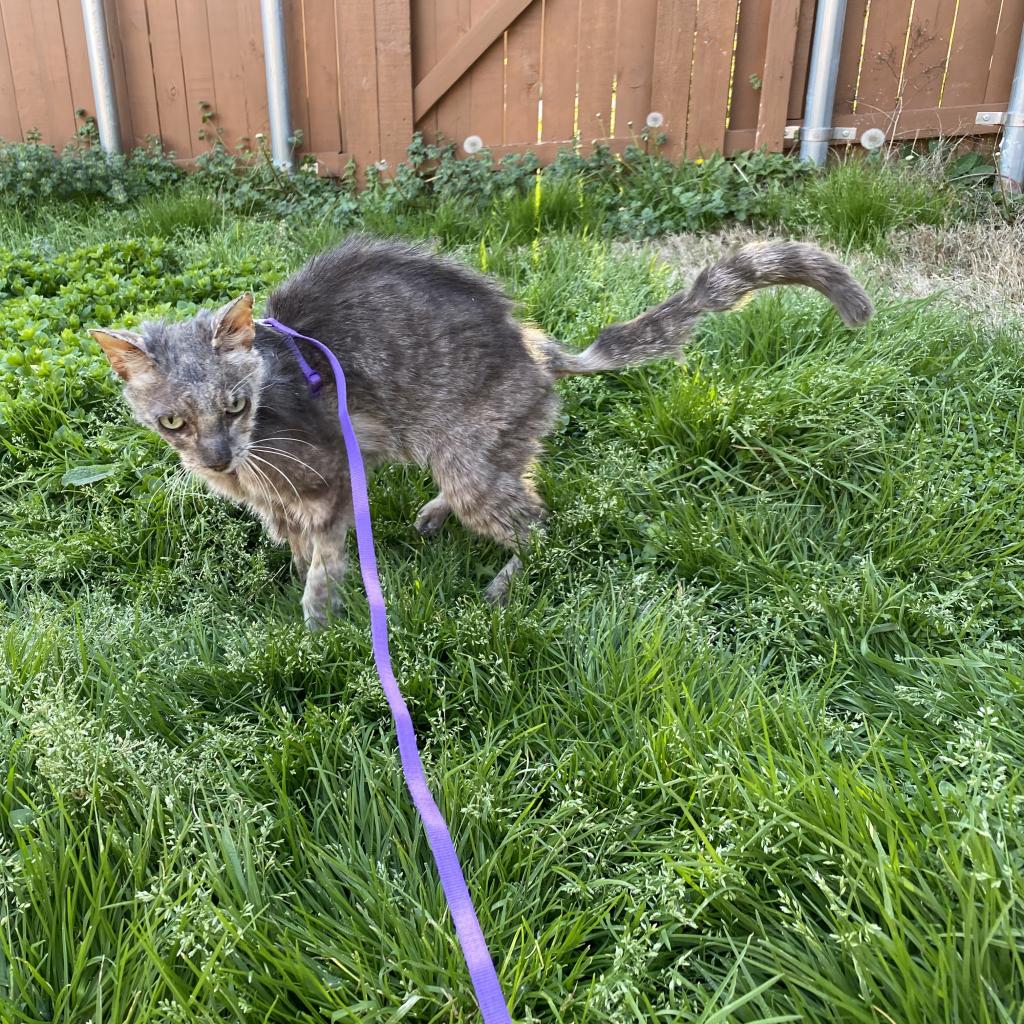 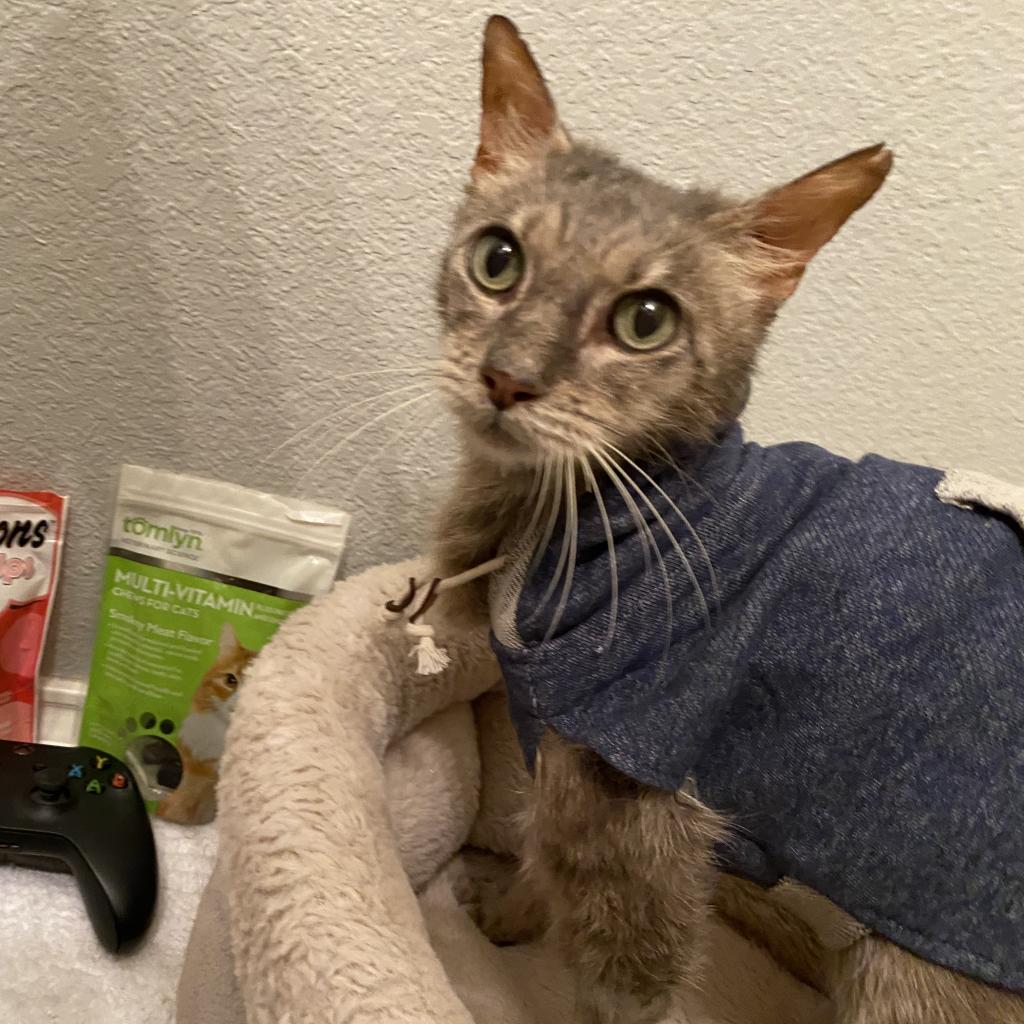 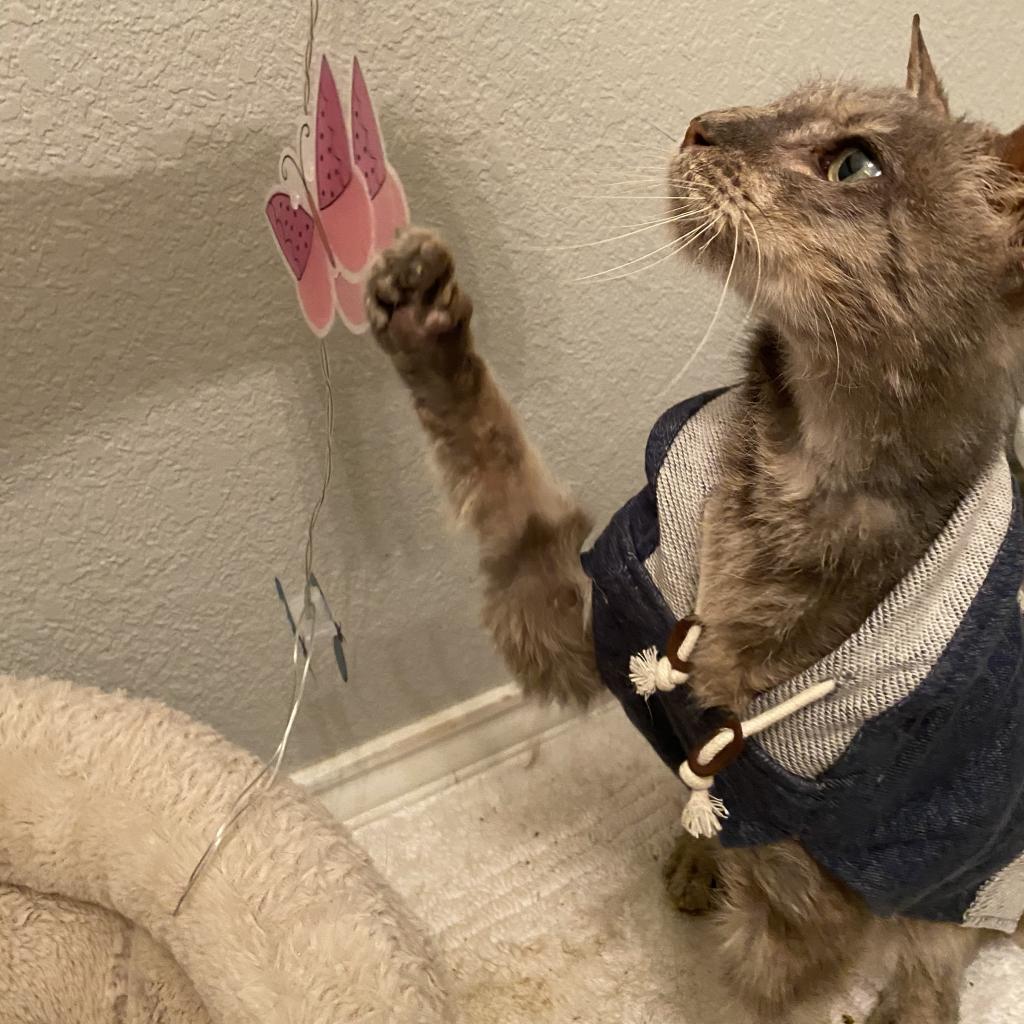 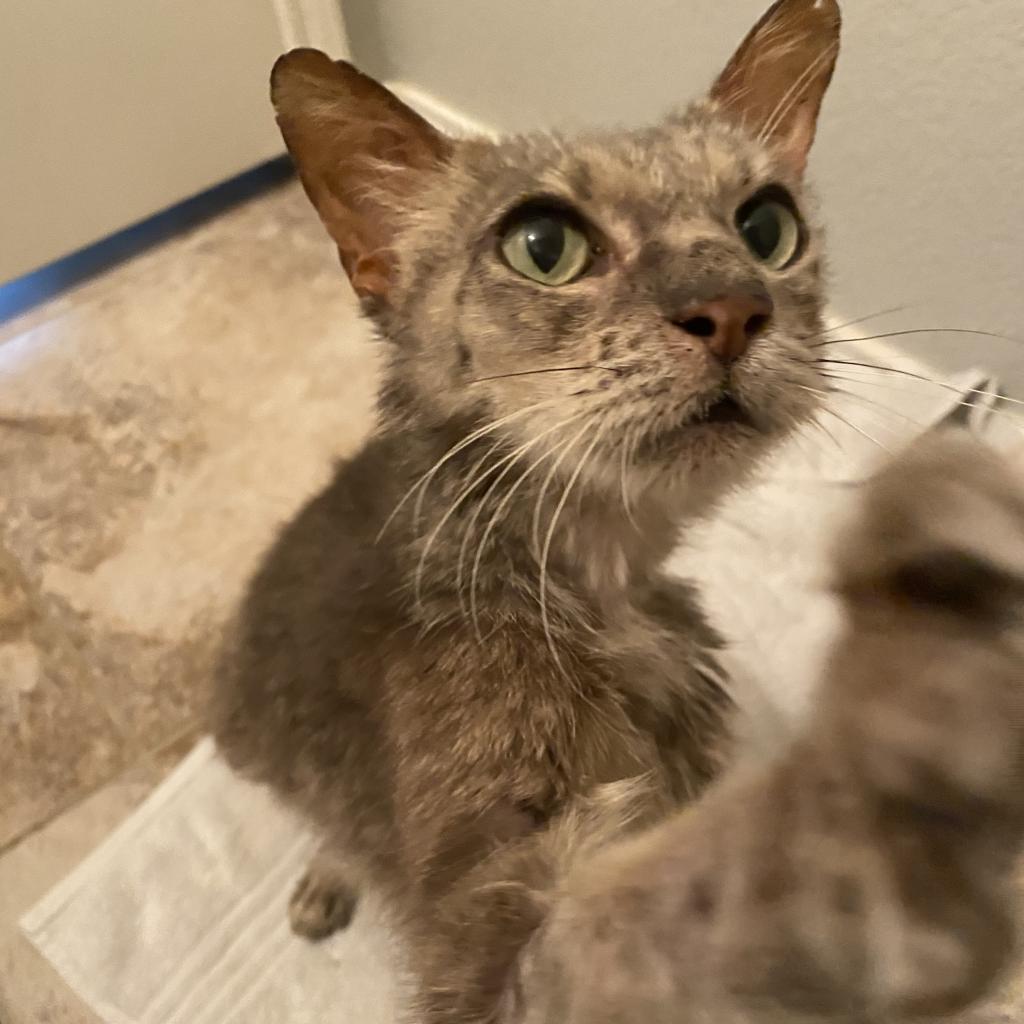 
Reginald Phalange is a sweet and affectionate 10 year old gentleman; he didn't even get upset when his rescuers accidentally gave him a girls name (Regina Phalange from Friends). Reginald, or Reggie, arrived at DPA with severe ringworm and very malnourished. After some well deserved TLC, Reggie's coat is soft and full. He enjoys meal times and likes to let you know by singing for his supper. He has gone above and beyond in his training to be not only proficient in using a litter box but also in walking on a leash. Reggie has not been tested around dogs, cats, or children, but it is expected that he would be good around all of them. However, Reginald is FELV+, so he should only live with other cats who are also diagnosed or as a single feline; he also has Diabetes. Reggie's goal is to find a family who will hang out with him and shower him with love that he can give back. If you are looking for someone to snuggle, Reggie is your man.